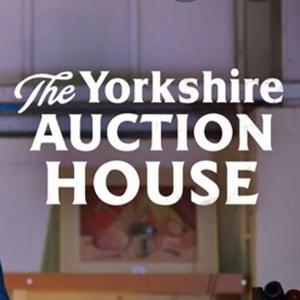 The first series, which launched in March, was one of Really’s best-performing original commissions of the year. The channel has placed an order for the next two series, each with 10 episodes, which will once again be fronted by auctioneer and Antiques Road Trip star, Angus Ashworth.

The Yorkshire Auction House follows Angus Ashworth and his team as they clear homes packed full of trinkets, trash and treasure on the hunt for hidden gems to go under the gavel. Across the first series, participants made over £100,000 at auction on everything from Beatrix Potter figurines to a Bechstein piano.

Producers at STV Studios are looking for participants for the new series. If you have a collection, want to downsize or have a house to clear and need some help, contact takepart@yorkshireauctionhouse.tv.

New episodes of The Yorkshire Auction House are due to begin airing on Really later this year, and the first series is available to stream now exclusively on discovery+

Saturday - 9.00am onwards when applicable

Please be aware our saleroom is only open the day prior to a sale.