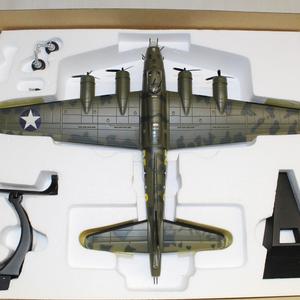 The collection came from a clearance in Norfolk...

A large collection of military and commercial model aircraft from one owner sold for over £13,000 at Ryedale Auctioneers last week (11th/12th February).

The scale models were produced by model manufacturers Gemini, Dragon Wings, Corgi, and others. Most had their original boxes and were in mint condition. They were amassed by a Norfolk aviation enthusiast over a number of years.

Angus and the team often clear out large collections on their TV documentary series, The Yorkshire Auction House, which airs on Really.

Auctioneer Angus Ashworth said: ‘Large collections of models such as these always generate a lot of interest, and many lots sold over their original estimates, to dealers and private buyers locally and further afield.’

The collection also included a number of diecast vehicles.

Ryedale Auctioneers’ next specialist Collectors Sale to include toys and models will take place in April.